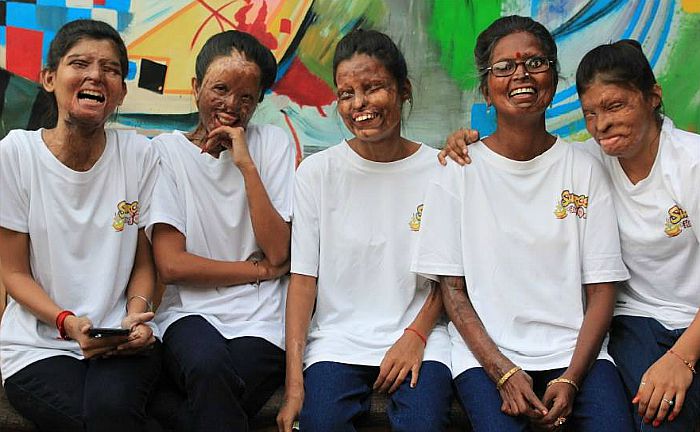 Twenty-two-year old Neetu can’t see properly, but her eyes were shining with happiness and hope when the Sheroes Hangout, the country’s first cafe managed and run by acid attack survivors, opened to brisk business and supportive crowds. “It’s a dream come true. The cafe has given girls like us a second chance at life,” said Neetu, who suffered an acid attack in 1992 which left her with a completely disfigured face and limited vision.

Sheroes- a tribute to the courage of the survivorsThe cafe, located near the Taj Mahal, is a collaborative effort between survivors and Delhi-based NGO, Chaanv Foundation who chose to name it “Sheroes” as a tribute to the courage of survivors. The place became functional after a successful two-month trial run during which the girls got hands-on experience at operations and dealing with customers.

“We have got tremendous support from locals and learnt so many things about how to run an establishment. What really boosted our morale was when many people, who looked strangely at us earlier, came forward to praise the effort,” said Rupa, another survivor, whose creations is displayed at a boutique inside the cafe.

At the inauguration of the cafe, Sapna Bhavnani, a member of the Stop Acid Attacks Campaign, was quoted saying, the girls have proved a point to the world. “People call these survivors ‘becharis’. Today, they have shown they are no less than anybody else,” she said.

Many tourists visiting the Taj were drawn to the cafe because of the eye-catching external graffiti created by one of the survivors. “This place has amazing music and interiors. I happened to visit it by chance but I am so happy to come here. These are lovely brave women,” said Alisha Nangia, a tourist from Delhi.

Harshit Raj, another tourist from Kerala, said, “I really appreciate the idea behind the endeavour. The visit to the cafe has made my tour all the more memorable.”

The two-floor cafe, which will rehabilitate five survivors, will also house a reading section containing books and journals on women’s empowerment. Alok Dixit, founder of the ‘Stop Acid Attack’ campaign, said that more such cafes are in the pipeline. “This is our model project. Later, we plan to open cafes like these in Delhi, Kanpur and other parts of the country.” 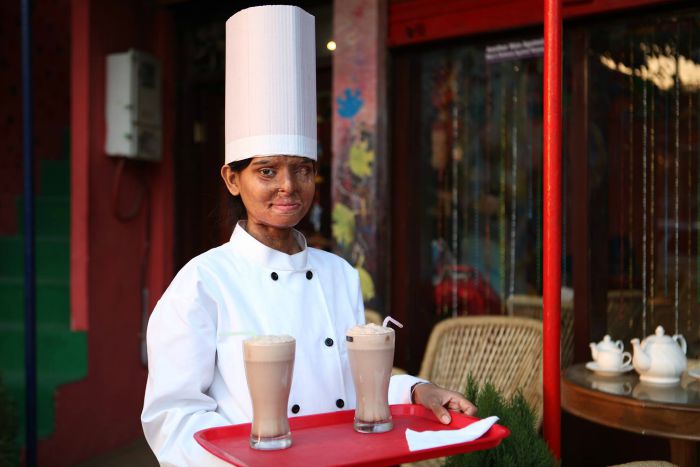 (Originally published in The Times of India)

Some Ideas for Small Bamboo House,…